You’re walking down a dimly lit hallway. On your right, there’s a puddle of bodily fluid with the elderly patient who had needed relief staggering not far away. The lights flicker. There are rooms on your left and then the looming hallway forms a T; rooms line both sides of the branched halls. Each room is small and has rubber covering all corners so that nobody can attempt to hurt themselves. A woman begins to scream that she doesn’t want to be here. You walk down one of the hallways. No doors shut completely, so you can see each patient at all times. There are few windows- any windows that exist view other buildings or parking lots. The woman won’t stop screaming. There’s another elderly woman with a towel over her face sitting in a wheelchair in the hallway, muttering to anyone who would listen. A man paces up and down the hallways- his ex was annoyed with his being hyperactive in a phase of his bipolar, so she accused him of being crazy and dropped him off at the ER to be committed to this place.

Down one hallway, a nurse yells at a patient and tells them to get away from a schizophrenic patient. “We don’t talk to him,” she scolds, and pulls the patient away from the “recreational room,” if it could be called that. The other nurses ignore the schizophrenic patient when he tries to talk to them. Every time he reaches out for some normalcy, for some social connection, the nurses ignore him and force the other patients to help isolate him. He continues to sit alone in a corner, left to his own head for company.

Three female patients pace the small hallways, restless. They’re isolated from the world. Their eyes are glazed over, lifeless and empty, yet they flock together so that they can feel less alone. An elderly man joins them in their pacing. Two of the four are only there because they have chronic physical pain and became suicidal because their physicians gave up on them. The other two were suicidal, their PTSD after abuse driving them to misery. Locked away for being in pain, the four pace the halls together, regretting ever reaching out to anyone for help- if they hadn’t, their situations mightn’t have changed but at least they would have their freedom and dignity.

The “recreational room,” aka a room that has some children’s books, crayons, markers, sudokus, and crossword puzzles, is open for a few hours during the day while a nurse watches over the patrons of the room. 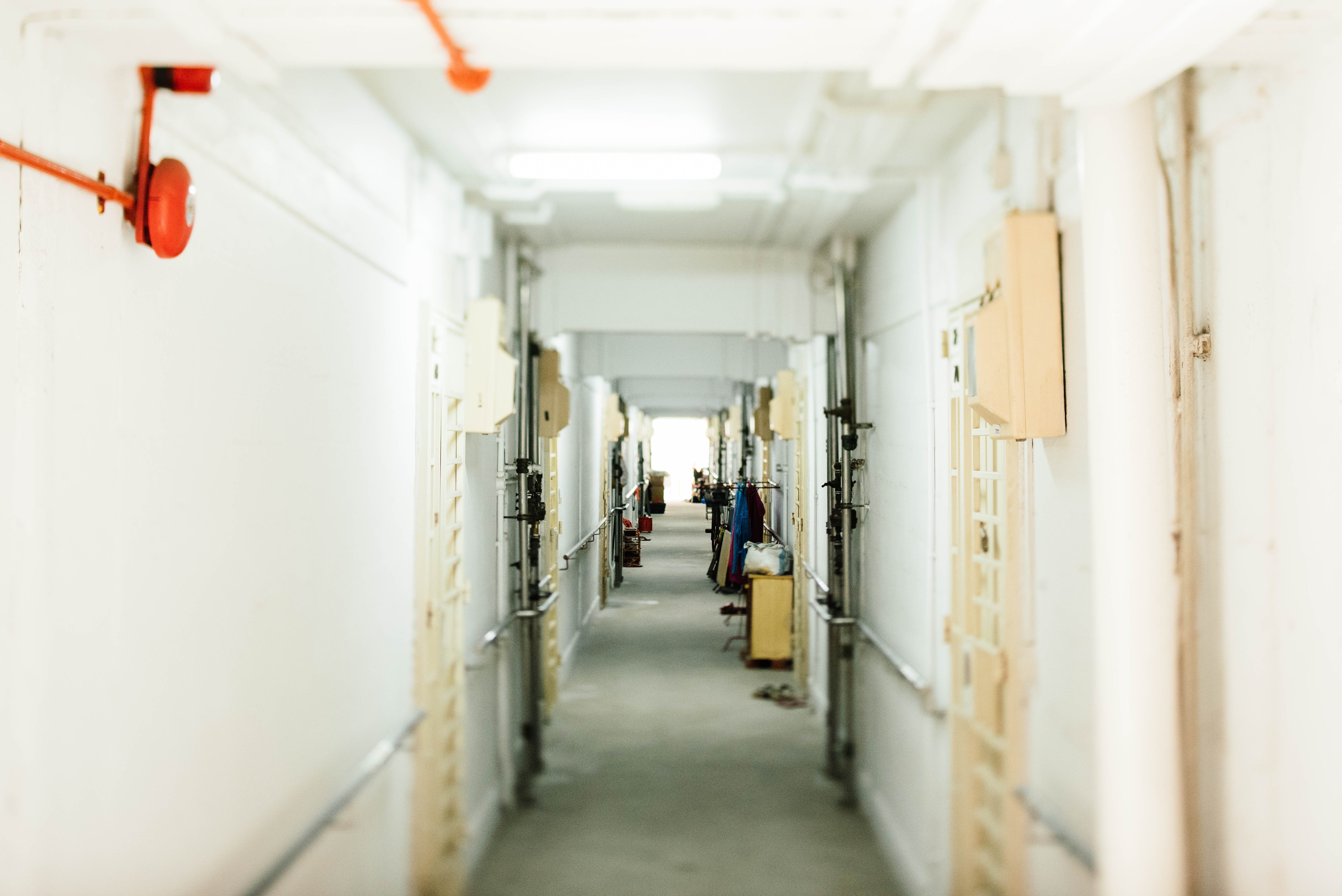 The nurses watch the patients. They look at them from a distance then turn and whisper to their co-workers. The jokes and laughter from the nurses station drowns out some of the whimpering from an abused, bipolar woman laying on a bed alone in her room. The burdensome patients aren’t really people, after all, they’re objects that nurses just have to deal with. The nurses sigh when their conversations are interrupted because a patient needs some water, which the nurses have to distribute. They talk over patients to other nurses while they’re taking vital signs- the patients are invisible.

There are showers, but the patients can’t use a razor to shave unless a nurse watches them, in case the patient tries to take their life. So the patient showers completely naked in front of the nurse who is in charge of watching them. Already humiliated, the patient becomes sub-human in order to attempt to maintain some form of dignity in their mind to make it though a shower.

It’s a mandatory lights out at 11pm and the nurses’ station is bustling with activity, not because they’re getting ready to help patients, but because there seems to be a social hour. The patients have to sleep at that time but the nurses disregard this.

One patient asks to speak to a nurse who had said something hurtful to her earlier in the day. The nurse had been in charge of watching this particular patient for the evening.

During their interactions earlier in the evening, the nurse asks the patient why she was in the psyc. ward.

The patient replies something along the lines of “I was in an abusive relationship and became suicidal after it,” to which the nurse gives a look of disgust.

She scoffs and shakes her head, her short, bobbed hair shaking back and forth while she looked up at you with a furrowed brow, and replies “I would NEVER let that happen to ME. HOW could you let that happen to YOU. *Sigh* I would never.”

The patient approaches the nurse around lights out time and, giving her the benefit of the doubt, asks if maybe she had misinterpreted what the nurse said earlier in the day.

The nurse takes a step back after these words and rolls her eyes, replying: “If you want to report me, go ahead. I didn’t do anything, go ahead and report me.” She then walked away, leaving the patient hyperventilating and sobbing.

There are 25 beds in the UVA hospital psyc ward. There is ONE therapist who works on this floor- and she only comes for a few hours each week. Other than that, the patients are left to meet with a doctor once in the morning for around 5 minutes, and with condescending nurses for the rest of the time with nothing but a rec. room filled with children’s toys to distract them from the fact that their conditions are currently worse than many prisons. The difference being that, in prison, you get some freedom- you can go outside. You can exercise. You can get a PhD from freaking Harvard. You can get as many PhDs as you can muster up the energy to work for. You can read, you can use computers, you can do A LOT to further your life in prison. It’s actually even better on death row.

Ladies and Gentlemen, this is mental health in the United States. When someone is so emotionally drained and stressed, the thing that people do is call the police. The police can then break down the door of someone who anyone else claimed might harm themselves, and drag them out of their home to an emergency room if they think that’s a fantastic idea. They use handcuffs if you fight. The emergency room physicians can then deem a patient “ok” or they can detain the patient for a “Temporary Detention Order,” which means the patient must, by law, be detained for 72 hours in a mental facility, and can only leave if a judge deems them mentally sound.

Even if you’re sobbing, distressed and suicidal after being left with PTSD from an abusive relationship- even if you’re wearing just a robe, no shoes and no undergarments, and large male Charlottesville police officers bust in with the person who called them- even if you open your bathroom door to large, armed males, and react instinctively by punching the first person to break into your home because you’re scared out of your mind and have no idea what’s happening, the officers have no problem with slamming on handcuffs and holding you down while you sob. Some of the officers actually sneer at you. The largest of the officers has a smile on his face while he yanks on the handcuffs to force you to stand up when you’re too weak to move on your own from the stress of the situation. He snickers to himself as he pulls at you and says “guess we’re doing this the hard way,” as opposed to whatever the easier way might have been. But police and/or authority figures involved in mental health wouldn’t enjoy any part of being extremely brutal to patients/victims/women, right? 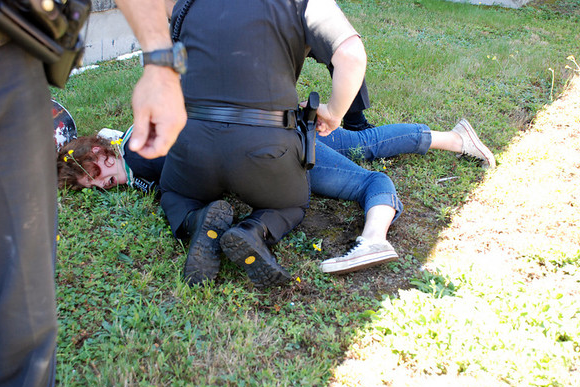 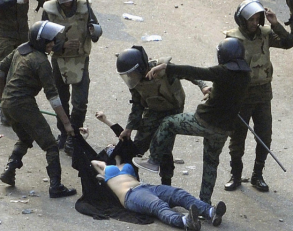 (Police involvement in mental health is a lengthy convo for another time, though.)

Mental healthcare in the United States is actually kind of shit. The place I was describing was what I witnessed in 5-East, a psychiatric ward at the University of Virginia Medical Hospital, a very prestigious institution which also serves as a teaching hospital for medical students- so the practices of the hospital will be ingrained in future physicians of America. This is a PRESTIGIOUS hospital- imagine how much worse it is in small local hospitals, yet this is where we send those who are in so much pain- physical, mental or emotional- that they want to end their lives. This is where we send those with mental disorders like schizophrenia when they don’t even understand what’s happening to them. This place is our best solution to mental illness in America.

We don’t round up people with broken bones, not treat the broken bones, and then stick them all on a floor that’s locked down until we think they’re better, right?

We don’t treat people who have cancer or autoimmune disorders or physical illnesses with disrespect because of their condition.

Why is this different?

Police images and info on police brutality against women : https://www.copblock.org/47335/badged-serial-killers-the-growing-murder-culture-of-cops-part-iii-by-bill-buppert/